This page has not been translated into Deutsch. Visit the Deutsch page for resources in that language. 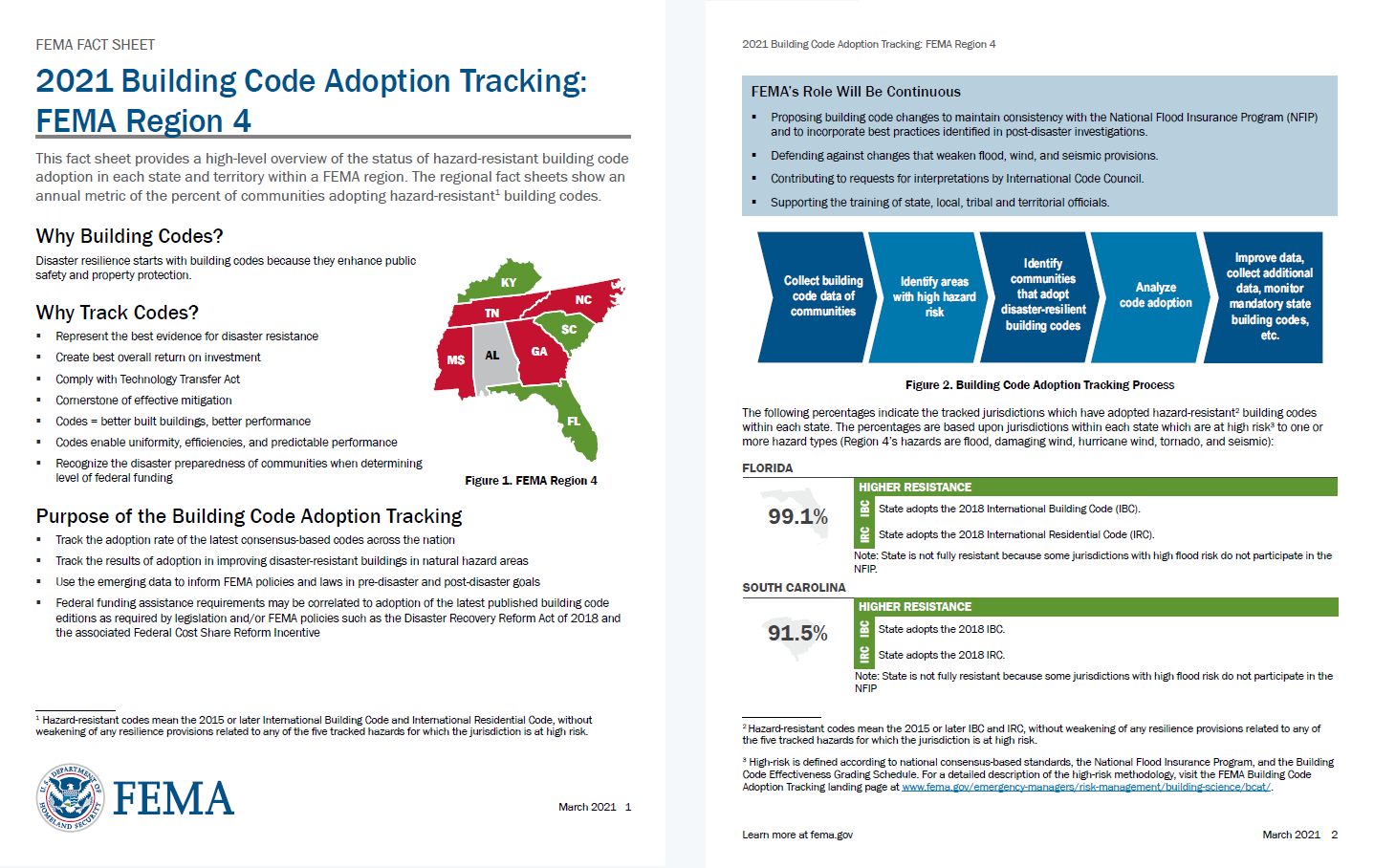 Provides an overview of the building code adoption status within each state and territory, organized by FEMA region. 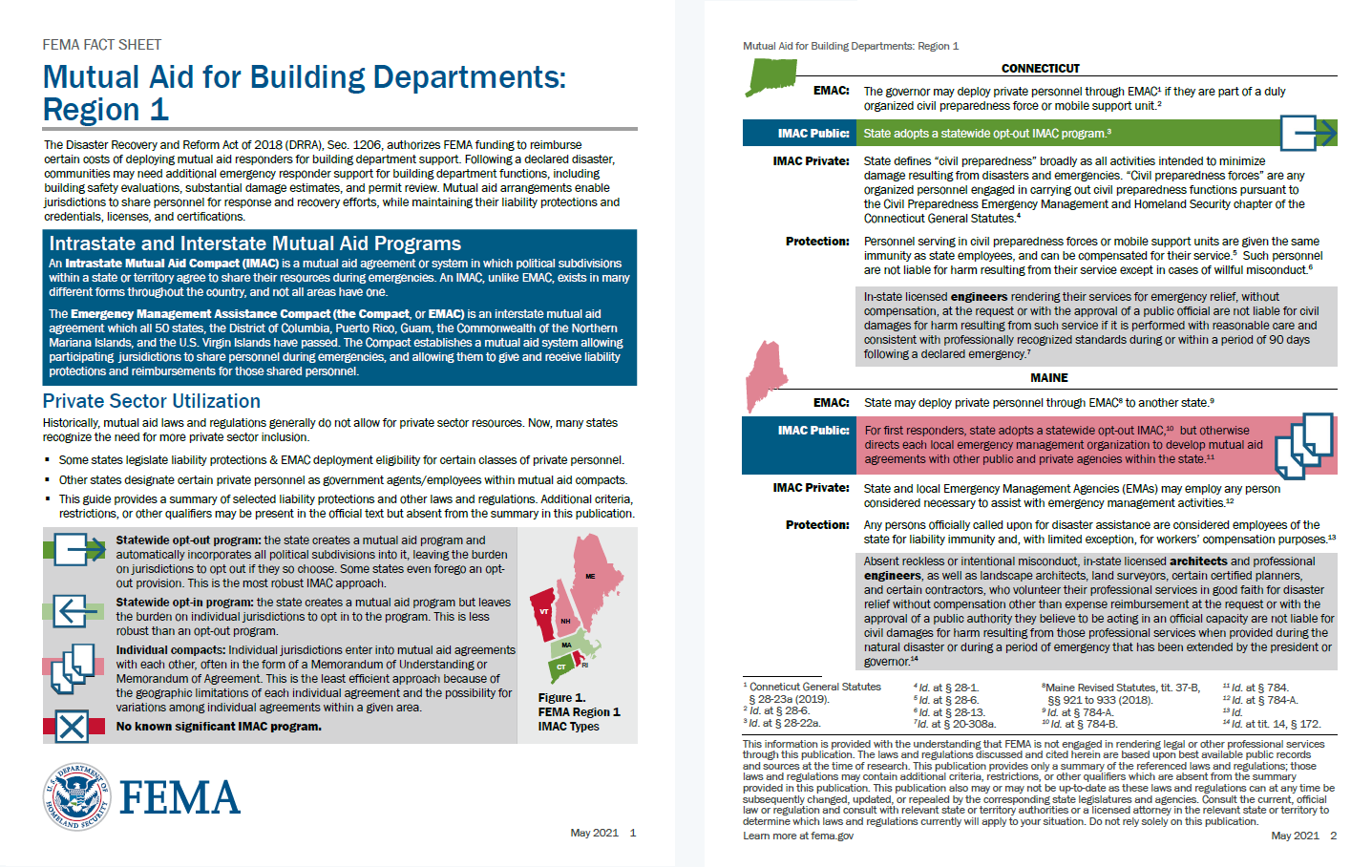 Provides an overview of mutual aid laws and regulations in each state and territory for response teams to assist with building code safety and enforcement after disasters.

View the BCAT Glossary for definitions of commonly used terms and acronyms.

The table below displays the percent of tracked jurisdictions that are resistant to the hazards identified, along with the annual and quarterly change.

Statistics based on FY2021 Q3 data